5 Reasons Batman Sucks and is Overrated

With the release of The Lego Batman Movie, the iconic comic book character appears to have hit the point of no return. The whole Bay-mythos is so beaten into our collective psyche that by now, it’s hard to see the Bat-universe as anything other than a self-reflexive parody.

The caterwauling over the rich dead parents. The dry aristocratic humor of the subservient butler. The “Macho Man” Randy Savage guttural growls while pounding on nameless, faceless mooks and bank robbers. The endlessly monologuing villains. And of course, all of that wannabe moralizing about what makes a man truly super – all stuff we’ve seen a million, billion times across every form of media you can think of, from comics, movies and TV shows to video games, theme park attractions and, God help us, even Pop-Tarts.

Sure, you might want to write off this seemingly recent bout of Bat-ennui as the result of market oversaturation, but honestly? The character has always been VASTLY overrated, with most Bat-media ranging from ho-hum to downright shit-tastic. And even getting to the root of what the character is and represents, it’s pretty hard to grasp WHY the character became such a ubiquitous pop culture star to begin with.

Heresy, you say? No, I’m just a comic book Copernicus who has the gall to tell you the sun doesn’t revolve around the Bat. Read ‘em and weep, fanboys, ‘cause there are plenty of reasons why Batman – as both a standalone character and a pop culture monolith –  simply flat out sucks.

Reason No. 1 Batman Sucks and is Overrated

You know how everybody likes to drone on and on about how Batman not having any superpowers makes him more relatable to the masses? Well, that’s a big fat load of it, seeing as how the character was gifted the greatest real life superpower of all – being one rich mofo.

For God’s sake, in today’s politically correct, hyper-multiculturalist, intersectionalism-uber-alles social justice warrior culture, how in the hell can a self-righteous, billionaire by birth white guy like Batman continue to be extolled as a pop cultural staple? Bruce Wayne is LITERALLY the poster child for white privilege, yet he has the audacity to market himself as the DARK Knight. Talk about appropriations!

Spider-Man’s just some poor kid from New York. The prole can relate to that. But asking fans to sympathize with some JFK, Jr. wannabe who lives in a mansion named after his parents, who then turns around and uses stockholder money to illegally purchase experimental weaponry to extrajudicially go after criminals (the bulk of whom are people of color?) Sorry, rich boy, I’m too busy trying to make ends meet to help you dab away those tears while you’re walking around in your multimillion dollar estate.

Reason No. 2 Batman Sucks and is Overrated

I’m not sure if any of the Bat-writers have really picked up on this, but Batman is a stark-raving maniac. How else would you describe a dude who makes more money than Donald Trump who dresses up in leather bondage gear every night to go out and beat up bank robbers dressed like circus entertainers?

At the absolute best, you’d have to consider Batman a revenge-obsessed right-wing vigilante, no different than one of those Minuteman guys who walks around the U.S./Mexico border carrying assault rifles and just prayin’ for the moment Pablo tries to make a run at them. Clearly, he has some bizarre psychosocial (possibly even psychosexual) reason for causing egregious bodily harm to “the unclean.” He’s a super-rich, super-violent schizophrenic that cloaks all of his sick jollies under the umbrella of “street justice,” which as an aside, just so happens to be what the KKK used to call their misdeeds. Coincidence? I think not. 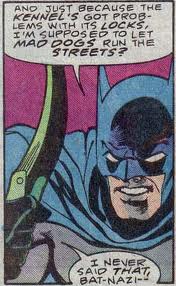 And let’s cut the B.S., why don’t we? How many young orphans has Bruce Wayne adopted over the years, solely for the sake of grooming them into fellow psychopathic vigilante street soldiers? Not that there isn’t some even more disturbing stuff lurking beneath the surface there – I’m pretty sure if Commissioner Gordon ever raided the Wayne Manor, the list of confiscated “goods” probably wouldn’t be all that different from the contraband retrieved from the Neverland Ranch.

Reason No. 3 Batman Sucks and is Overrated

His Supporting Cast is Boring

I’m sorry, but the extended Bat-cast isn’t that much better than boring ass old Bruce Wayne. Let’s see, we’ve got a million billion Robins and Batgirls (all of whom have interchangeable personalities), a stereotypical British manservant and a crooked police chief who cuts deals with a billionaire to illegally target, detain and sometimes kill U.S. citizens. Sorry D.C., but I can’t find myself rooting for anybody like that. 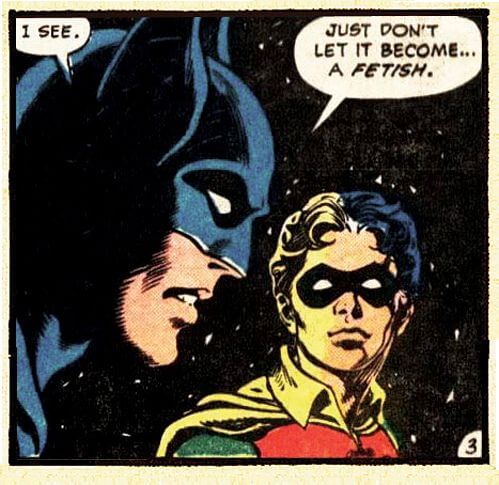 While Batman’s rogues gallery is generally considered one of the best, when you really think about WHO Batman is fighting in real-world terms, it’s pretty stupid. OK, some supernatural cleric like Ra’s Al Ghul I can give a pass to, as well as the genetic super freaks like KGBeast and Clayface. But how in the hell is anybody supposed to be intimidated by the likes of the Riddler and the Penguin? Seriously, this guy’s top adversaries include dweebs like the Calendar Man, the Cluemaster and the Mad Hatter? Guys like Two-Face, The Ventriloquist and Zsasz are canonically just regular old people. Wait until they’re taking a dump, break the door down, hit ‘em upside the head with a battering ram and their reigns of terror are over.

Some of these bad guys’ entire schtick revolves around their own glaring weaknesses. For example, Mr. Freeze – the dude literally has to wear a refrigerator over his head or he dies. All Batman has to do is crack that sumbitch’s chrome dome with a hammer and it’s over. Black Mask? Punch him anywhere other than the face and the fight’s over in five seconds. That some pantywaist Juggalo like the Joker has been able to kill thousands of people over the years proves just how gloriously incompetent Batman is at fighting crime – you give The Punisher one week in Bruce Wayne’s home turf, and Gotham City would be crime-free by Tuesday morning.

Reason No. 4 Batman Sucks and is Overrated

Alright, Batman has been in some pretty good media over the years. Burton’s Batman, The Dark Knight and pretty much the entire run of Batman: The Animated Series were great. Unfortunately, just about everything else has been various shades of mediocre, with the bulk of Bat-media just plain sucking.

Let’s start with the Bat-books themselves. You’ve got three, possibly four legitimately great Batman stories (TDKR, Year One, The Killing Joke and The Long Halloween) and even then, that’s because Batman is aided by a huge ensemble, crossover cast. Everything else out there is generally pretty forgettable, with no run of any Bat-book coming anywhere close to the awesomeness of Stan Lee and Steve Ditko’s Spider-Man run or Claremont and Byrne’s run on X-Men. 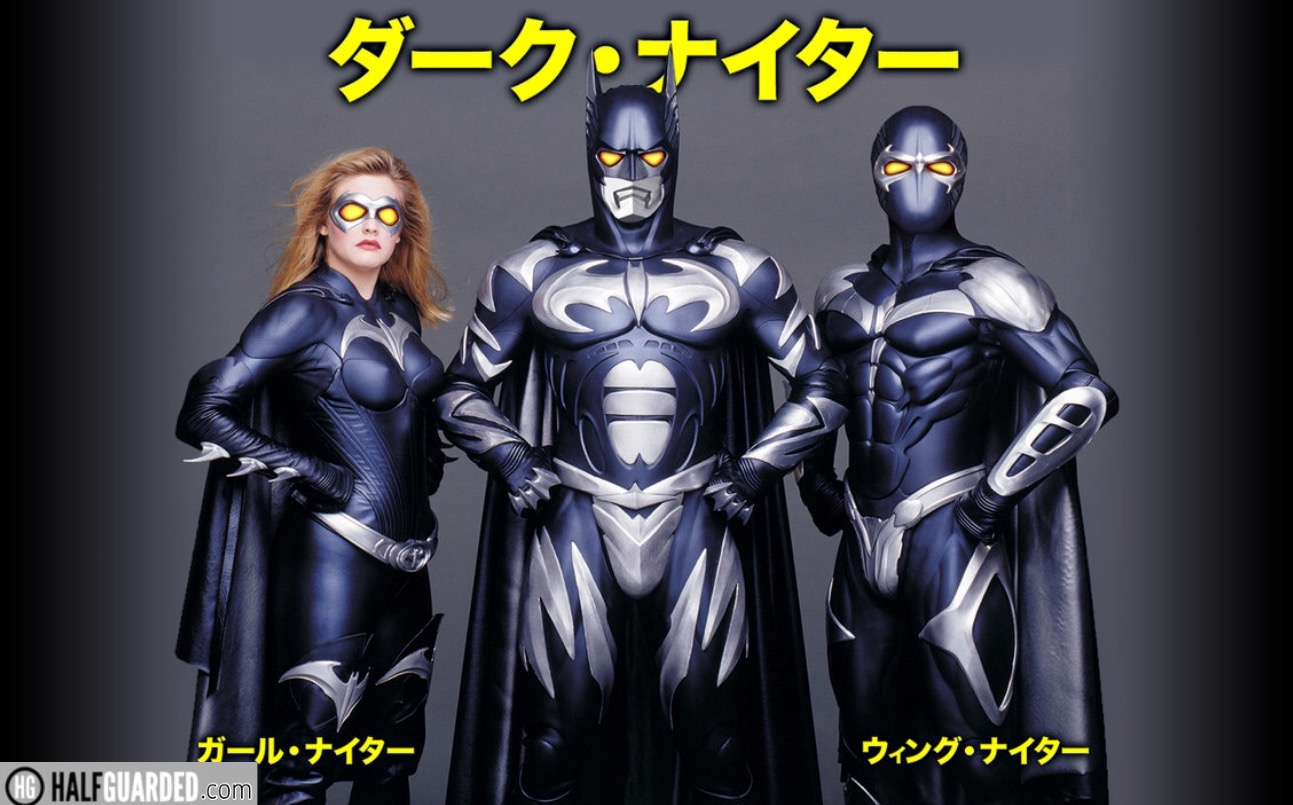 And then, there are the TV shows and movies. Anybody have fond memories of The Batman, Batman: The Brave and the Bold or Beware the Batman? Have you actually been able to watch more than two episodes of the old Adam West show without being bored to tears? You mean to tell me you enjoyed the cinematic train wrecks that were Batman and Robin and Batman v. Superman? Yeah, there’s definitely some good Bat-stuff out there, but even the most hardcore Bat-fanboy has to admit the majority of Bat-media sucks Bat-balls.

Reason No. 5 Batman Sucks and is Overrated

It doesn’t matter how great something is, if you continually shove it down people’s throats, eventually they’re going to get tired of it. And one glance at the Wikipedia page for Batman Media lets you know general consumer society hit critical mass a couple of years back.

This year, we have not one but two big budget feature films starring Batman as a central character. There’s a Batman mythos-centered show on Fox TV every week. Still not enough Batman? Well, you can log onto your Xbox or Playstation and download Batman mini games by the bushel. No matter what store you waltz into, I’m pretty sure you’re going to find at least 17 items bearing the Bat-symbol. Not only has the Bat-brand become one of the most ubiquitous, it’s become one of the most brazenly corporatized. 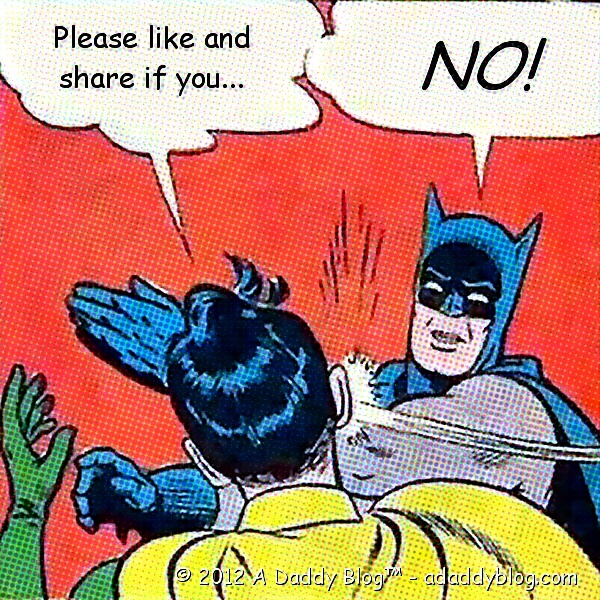 Batman doesn’t have a countercultural edge anymore. In fact, he’s so damned mainstream, he might as well be Lady Gaga or The Big Bang Theory. We’ve seen Martha Wayne die so many times now it’s hard to feel any sense of connection to the character – instead, we’ve been bombarded with the Dark Knight for so long, we can only envision him as a cartoonish caricature – so much so that he’s being portrayed as a literal parody of himself in his latest movie.

Simply put, we’re all sick of seeing some rich fruitcake with a victimization complex running around speaking in a gruff voice and destroying millions in public property with NASA death weapons to catch one low-level bank robber. There are plenty of other comic book characters out there – Lobo, Ambush Bug, Guy Gardener, etc. – that haven’t been reheated and rewarmed and rehashed for us a trillion-zillion times like Batman, who definitely deserve their moment in the sun. Yeah, Batman has made a lot of money over the years, but this cash cow was milked dry a long time ago … and the sooner they stop shoveling all that Bat-crap at us at every conceivable opportunity, the happier we’ll all be.

Paige VanZant is going to write a book

Paige VanZant is going to write a book