8 Changes to BJJ Scoring That Should Happen Now

One of the more common complaints amongst jiu-jitsu practitioners, particularly those of the older guard, has been the emphasis on sport jiu-jitsu over “practical” jiu-jitsu. What follows is a thought experiment on how to change the way jiu-jitsu is scored, thereby changing the emphasis on how it is taught, trained, and applied.

At heart, points and scoring in BJJ should reflect the real world “value” they would provide. Why is the mount more valuable than being inside someone’s guard? Because you can damage them and they can’t damage you.  As such, these eight proposed changes to BJJ scoring would improve the art – both from a self-defense and sporting perspective.

1. POINTS FOR STANDING UP

This, above all else, may be the single most important BJJ scoring change that should be embraced. As it stands, standing up earns a competitor no points. This is stupid. In wrestling, an escape is worth a point, why not in BJJ? Learning to safely stand is a skill of the utmost importance. “On the streets” if you can stand up, you can help eliminate potential damage; same for MMA. If you can’t, you better have one amazing guard or you’re screwed.

Moreover, the ability to control a man is missing from BJJ. One of the major advantages wrestlers have in MMA isn’t just that they can take someone to the ground, it’s that they have a lifetime of keeping someone on the ground. That sheer imposition of will is missing from BJJ. Yes, there is an absolute beauty and art to going with what you’re given by your opponent – but keeping someone down in side control is important, not just to score points, but because of the damage you can inflict from the position. By rewarding a stand-up we encourage developing the ability to prevent said stand-up.

The butt scoot is the bane of many’s BJJ experience right now. High level grapplers have complained about it, with the “dog dragging his ass” being seen as an absurd endeavor. They’re right to a degree. Wrestlers don’t like it, as it eliminates their ability to get two points for a takedown, and in general it just isn’t rooted in anything realistic.

Butt scooting, though, is different than pulling guard. A person who can successfully pull guard has determined where the fight takes place. They may be facing someone who is terrible at guard passing, and so by pulling guard they’ve increased their odds of winning and minimizing “real world damage.”

As such, I propose that if someone fails to pull guard – they attempt to but simply do not control the opponent all the way down – that their opponent be given an advantage. I don’t think that full points for a failed guard pull is warranted, as it’s really the failure of one more than the success of another.

By that token, a successful guard pull should be acknowledged with an advantage for the guard-puller. At the very least, this would encourage those who pull guard to have to get close enough to actually pull guard – not just sit down and scratch their ass like a bear.

3. BJJ SCORING SHOULD MAKE BACK CONTROL THE KING

You mount someone, you get 4 points. You take their back, you get 4 points. This should be changed. Taking someone’s back is truly the ultimate advantage in all of fighting. Men have been knocked out while mounting their opponent.

And men have similarly been choked out while mounting someone. (Famously by the baseball choke – because Magid Hage is sneaky awesome.)

But when someone has your back? Outside of the Day One White Belt crossing the feet submission, there’s basically nothing you can do but defend and escape. Your opponent has a ton of submissions at his disposal, you have none. And “in the real world” he can punch and elbow the hell out of you and you can’t do anything due to lack of leverage. Making back control worth five points would reflect the value of the position.

4. ALL SUBMISSIONS LEGAL FOR BLACK BELTS

I accept that lower belts shouldn’t be attacking with heel hooks. The heel hook can be incredibly dangerous and the damage that can result is so potentially catastrophic that not letting people who often aren’t fully aware of how much danger exists perform them is fine with me.

But black belts? I’m sorry, if you’re a black belt, you’re at the highest level possible and there’s no excuse for not learning leg locks. Knee-reaping should be legal for all black belts, as should inside and outside heel hooks. Black belts have a much greater feel for when a submission is truly locked in and when it isn’t and thus aren’t as susceptible to getting injured the way a white or blue belt is. Eliminating many leg locks from black belt competitions does nothing but protect black belts who develop techniques that might be countered by a well-timed heel hook.

5. SHOUT OUT POINTS AND TIME

Right now, when points are scored, the referee typically makes a non-verbal gesture to the time-keeper indicating that points were scored. Plain and simple: just say “FOUR!” or something. Please. A competitor should be able to know when they’ve been scored upon and not have to rely upon the random shouting of those nearby. And just have the timekeeper shout every time a minute passes. Once more, why should I have to guess at how much time has gone by?

As BJJ is rooted in self-defense and a number of movements that get a person out of trouble, there should be a point awarded for someone who successfully re-guards. This is similar in theory to awarding a point for standing up: you’ve demonstrated an ability to get out of where your opponent wants you. It also goes hand in hand with rewarding someone for keeping a position – strengthening a weakness in many BJJ practitioners games.

By way of example, I once competed and my guard was passed and my opponent awarded points. I regrouped and managed to regain half-guard. He passed again and got points. This repeated itself several times. After two minutes, I was down 10-0, even though my opponent hadn’t really demonstrated the ability to do anything but pass my guard for a few seconds. I was able to keep him off balance enough that he couldn’t threaten with any submissions, or attempt a mount, etc… I would’ve been better off if I had NOT re-guarded – as at least the deficit to make up would’ve been lesser. Hell, I could’ve finally swept him and gotten to mount and still lost the match!

7. THE ADVANTAGE OF POSTURING

This is a bit more out there, but again I’m coming from the position that the scoring should reflect the real world realities of the ground. Breaking the posture of someone inside your guard is an important skill, as is controlling the wrists, and so on. A simple proposal: if someone is inside his opponents guard and can posture for a certain amount of time, make that worth something. Think of it as akin to riding time in wrestling. If you can manage to posture inside someone’s guard for, say, a minute you get an advantage. I wouldn’t give a full point, necessarily, but an advantage would at least reward (or penalize) basics. This would create a disincentive for passive guard players.

Conversely, “posture time” could be added for someone who can control his foes posture for a period of time. This would help avoid those who like to stall inside the guard and make no effort to advance position.

Finally, adopting three periods – again, similar to wrestling – would force everyone to learn all facets of the game. The periods could be 2 minutes each for lower belts and 3 minutes for higher belts. Period one starts standing, with periods two and three each beginning in the respective guards of the competitors. This would reward the well-rounded grappler and force those who become specialists to finally branch out. No longer would good wrestlers be able to win tournaments by a series of 2-0 victories because they managed a few takedowns and were able to keep busy enough and avoid a submission. Why should they be rewarded? They haven’t actually beaten their opponent using jiu-jitsu, they won because of wrestling. And if you like to play guard and haven’t developed good passing techniques, this would make you shore up a weak area of your game.

Of course, a submission in any period automatically ends the match. 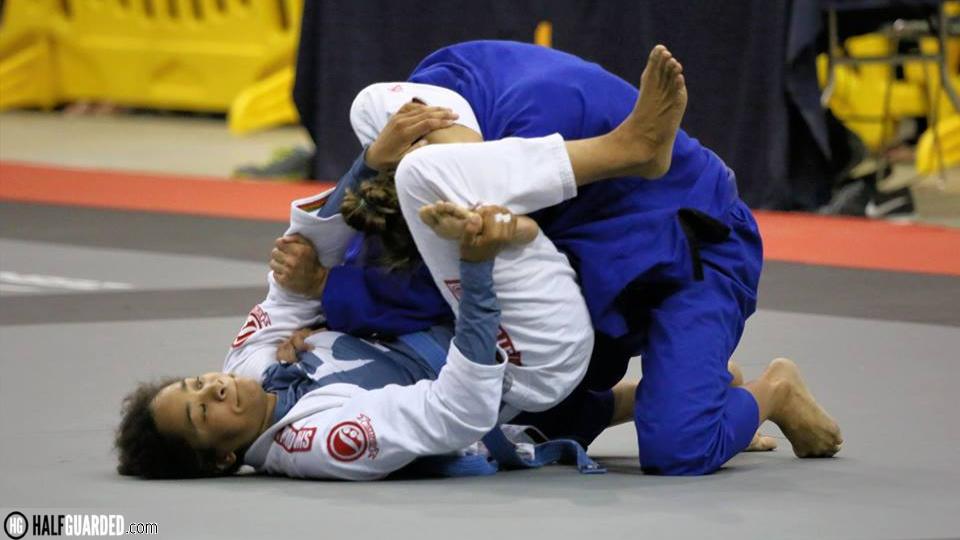 Ultimately, the above suggestions to BJJ scoring are done so with the intent of encouraging practitioners to become truly well-rounded grapplers and not just those who have figured out a way to game the system. Those who can’t shrimp properly, or pass guard, or prevent a guard pass, and so on, would suddenly find that they aren’t as successful. There would be a reward for those who have learned takedowns but also a penalty for those who haven’t learned anything else. The end goal being a set of rules that develop and crown the best overall grappler – which is what jiu-jitsu should be all about.

Mike has done jiu-jitsu for years. He has won tournaments and lost them (usually the latter). He typically does the same thing all the time so he’d likely be screwed by these new rules.  He also asks that if you like jiu-jitsu (and if you don’t, why are you reading this) that you read this wonderful story about how the art changed someone’s life and consider a tiny little donation. 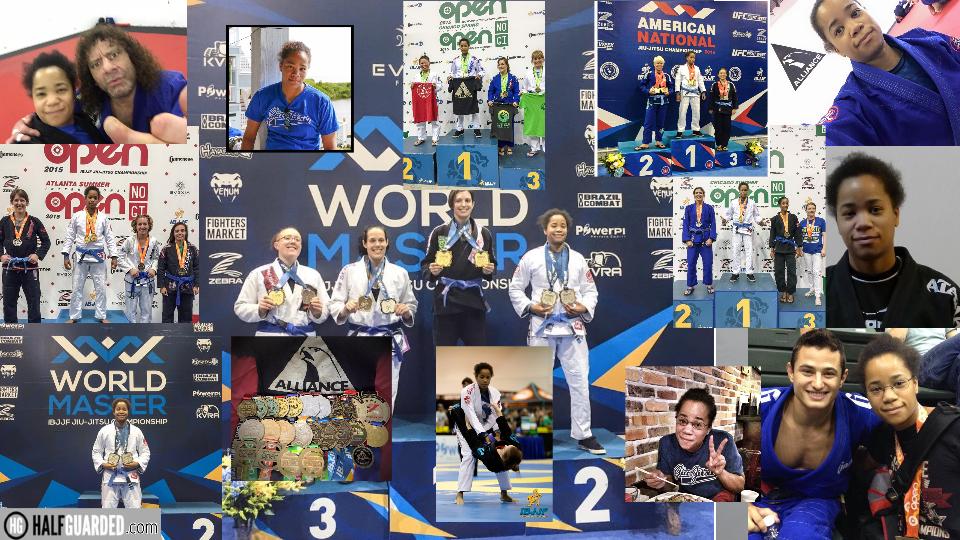 #72: Everybody Loves Anderson Silva (for a fight). It's a winter wonderland of MMA fun!

#72: Everybody Loves Anderson Silva (for a fight). It's a winter wonderland of MMA fun!