All the details on District 9 Part 2!

So Neill Blomkamp just recently did an interview where he talked about the unfortunate demise of his planned Alien sequel, but he also mentioned he’s gearing up for a sequel to District 9!! So this preview was totally prescient! I’m so smart.

Anyways, he didn’t divulge too many details, but it sounds like he may not have quite the full plate right now given the less than stellar performance for Elysium and Chappie (boy that Chappie Sequel could happen too!). District 9 was his breakout film and the world he created could still be mined for future success, so we have room to hope (as long as you’re hoping for a District 9 Sequel, and if you aren’t… well, why are you reading this??).

So what are we talking about when we say there might be a District 9 Sequel?

A District 9 sequel is an as-yet unannounced and possibly not yet greenlit followup to the absolutely outstanding first film, which was a breakout success for director Neill Blomkamp, and followed a South African government agent dealing with an alien invasion and being infected by an alien virus. It was freaking awesome, so District 9 2 is definitely super anticipated on my part! 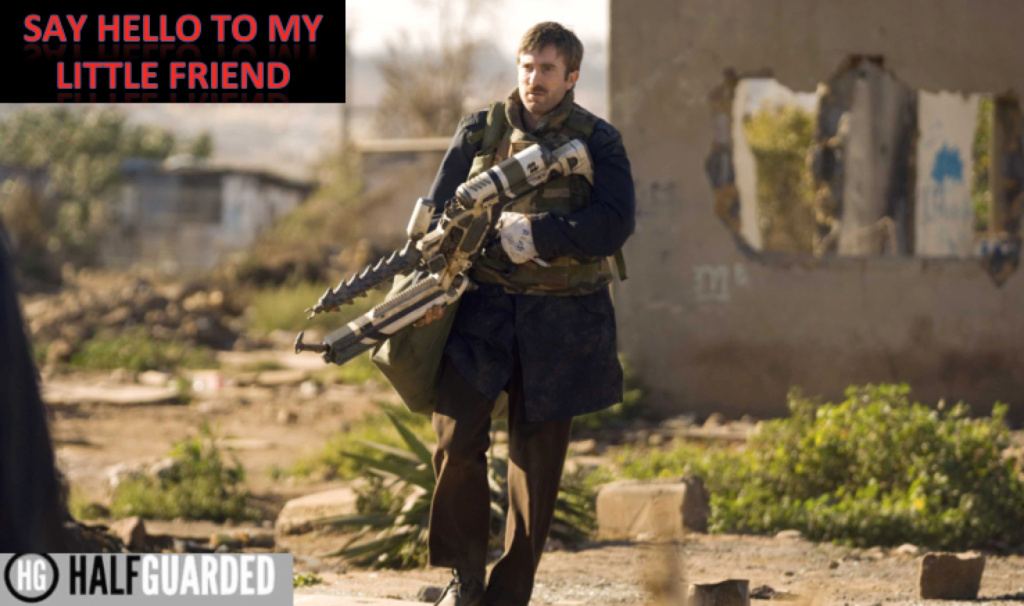 No details have been revealed for the sequel to District 9, but most likely the setting in South Africa will stay the same, and the film will serve as a proxy for real world political issues (as many great Science Fiction stories do). I’d say their best bet is to continue the first film, but shift the allegory from racism to possibly self-actualization with Sharlto Copley’s character coming to accept his new life as a prawn.

Neill Blomkamp better come back for the District 9 sequel! He went on to make Elysium, which I enjoyed but was ultimately disappointed by. I had super high expectations, and it didn’t quite deliver, even with Matt Damon on board. Then he made Chappie, which I have yet to actually see, even though it looked good and had Hugh Jackman in it, and I’d watch him read the phone book so long as he had Wolverine hair and claws. And Blomkamp was planning a sequel to Aliens, but that’s been put on hold while Ridley Scott makes a Prometheus sequel (even though he should be making The Martian 2). 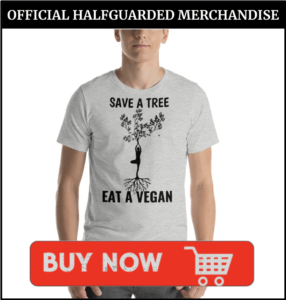 I’m betting Neill Blomkamp will write the District 9 sequel, even if he chooses not to direct. It’s his baby and his world, so at the very least he’ll be heavily involved in the story and the selection of who writes and directs. 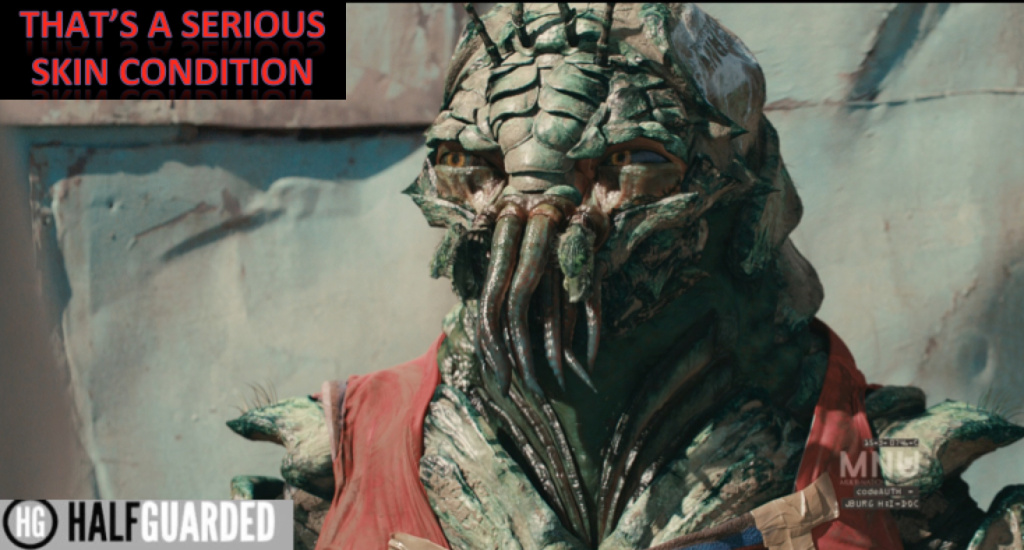 The District 9 Sequel trailer hasn’t been released yet, but we have the trailer for the first below so just imagine that, but with a “2” after the title. And, based on some of my theories on the story (below), watch it backwards. 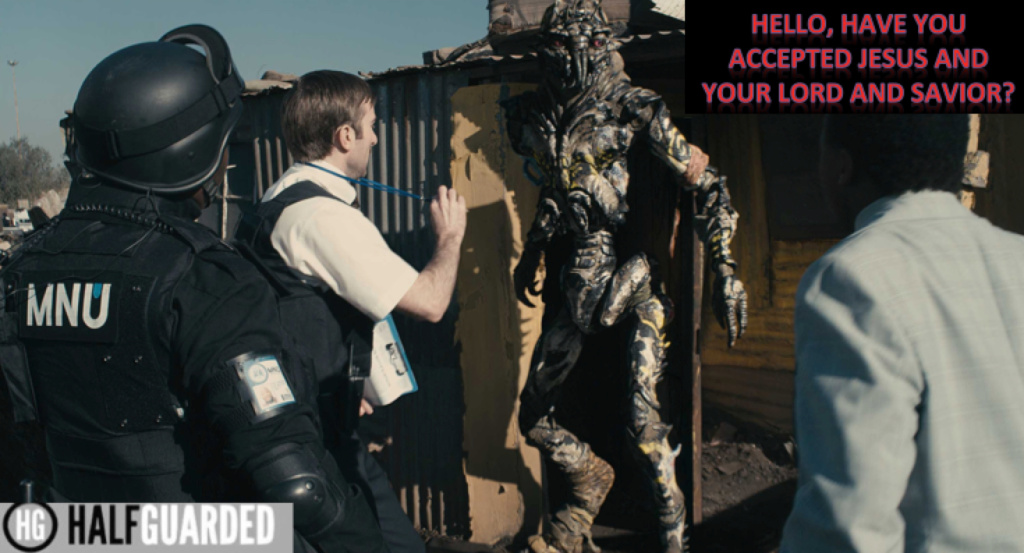 No word on the official District 9 sequel release date just yet, but the first came out in August, and I could see the sequel following that pattern. It’s the right size film for an August release. Still summer but not the ultra-competitive May through early July. And since the sequel has yet to be confirmed, I’d say August 2018 is the earliest we’ll get the District 9 follow up. 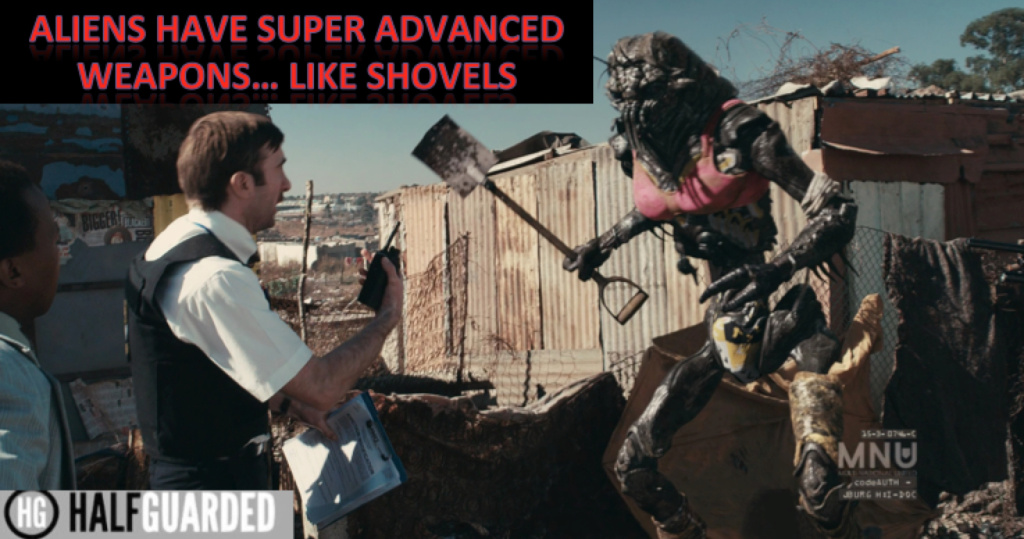 The District 9 cast is another area where we don’t have a whole lot of confirmed info just yet, but I’m willing to bet Sharlto Copley will return. First, he’s a regular collaborator for Blomkamp, having starred in District 9 and doing the motion capture/voice work for the main character in Chappie, and he was the villain in Elysium (and a pretty cool one at that). Otherwise I’m thinking there’ll be a fair number of new faces, especially considering the death toll towards the end of the first film. Maybe they’ll steal Dracula Untold 2’s Luke Evans. I could see him hunting aliens.

Gotta go with Sharlto Copley as the best potential actor for District 9 2. He’s talented, it’s his film franchise if there’s gonna be one, and I love him on Powers (which is surprisingly decent).

Not sure yet, but if they cast Paul Blart 3, I mean Kevin James, then him. Why did I pick him as a bad actor to put in a District 9 sequel? Just cause.

Okay, here’s my best idea for a sequel to District 9. Sharlto Copley returns, but he’s much like he was in Chappie, in that he’s mostly doing motion capture work, since he’s a prawn at the start of the sequel. The first half or so of the film deals with him sorta “coming out” and accepting this new version of who he is. It’s very much so an allegory for homosexuality and showing that people can go through changes but still be who they are and still find it important to stay true to themselves. But Sharlto discovers his wife is in danger, and he can’t help her as a prawn, and so has to go through a painful reversal of his transformation in the first film to save her. He succeeds, but realizes his identity is now tied up in being a prawn, but the change back is irreversible. He’s now stuck a human. But his wife gets pregnant, and the next generation might be a little… fishy.

District 9 2 opens with the prawns spreading across the world, and the world struggling with this influx of alien immigrants. Food, medicine and more are all strained due to these new bodies needing support. There needs to be a voice to bridge the gap between the two peoples, and Sharlto Copley comes to the rescue. He becomes the leader of the prawns, but not a military leader. He’s an ambassador, and the film follows him as he changes many hearts and minds on his path toward making the world a better place.

Will District 9 Sequel Be Worth Seeing?

I definitely think a District 9 sequel will be more than worth seeing. The first was outstanding, and a total surprise. It had a smart, well-developed world with excellent characters and amazing action and special effects. The sequel, if it does much of the same, will be quite worth seeing.

The District 9 sequel’s box office potential is pretty high. It’ll likely be a more expensive film, which isn’t good for the studio, but I think they’ll more than make their money back. That said, the film will need a little extra push from a big star. I suggest they hire Hugh Jackman. Wolverine vs. the Prawns. It’s like Alien Vs. Predator, only… well, it’s actually just like that. SCORE!

Let’s be real: a District 9 sequel would rock all sorts of socks off, and I want to see it. Bring back Blomkamp and Copley, give them the budget they need and the freedom they deserve and we’ll all get a movie worthy of out attention.