Dog Treats and Licks: Insight into My Brother’s Evenings

by The PunMaster General
in The Other Half
0

My older brother sleeps with my dogs. At least they used to be mine, but he’s sorta taken over for me. Not a big deal, since I’m not around enough to give them the attention he can give them, but he has developed a somewhat (meaning incredibly) intense relationship with them. Especially Mickey.  They’re half pug, so they sorta look like the dogs below.

I’m not going to say he’s been doing this with them, but I have come over on a few occasions to watch a UFC event, such as the McGregor Vs. Mendes PPV, and found him looking very guilty while sitting with Mickey. Yeah, he’s definitely doing that dog.

Mike: This is 100% a gross misrepresentation of my relationship with the dog that has become world famously known as The Rally Puggle. Sometimes, you just connect with a being and an open minded person does not judge based on the color of their fur but rather the content of their character. 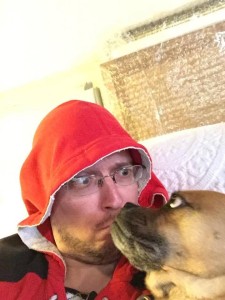 So What do you get for a Dog Lover?

UFC Norfolk is for MMA Lovers

UFC Norfolk is for MMA Lovers