by The Staff
in Editorial, The Other Half
1

Of course you don’t remember what happened this past weekend – Becky and her stupid, “Let’s all go to TGIFridays and have a bunch of margaritas and appetizers” turned into your typical weekend long bender. It’s ok. The kids are alive and that useless meat sack husband couldn’t get it up even if he was filled with viagra.

And you work hard during the week so you deserved that wild weekend. Oh, but you’re not allowed inside that one McDonald’s anymore – some stains don’t come out.

And since we here at halfguarded.com know all this, we do our duty as great men and women to present to you an overview of everything you missed with HALF IN THE BAG!!

Honda Housey does what she does 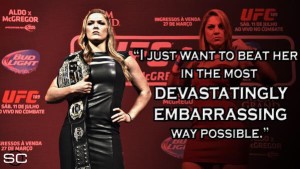 If that pig of a husband could last as long as her fights at least you wouldn’t have to feel his disgusting fat for very long. 30 seconds. Wham, bam, thank you, mam. And Lil Nog did well too but when it was all said and done, it was the Ronda show and it was HERE.

While we didn’t cover the fight itself live due to having no TV, we did preview the fight, HERE. And recap it well, right HERE. But, Idiot Man Child Rousimar Palhares did it again: submission and then keep cranking because why not?

And on that same show, Nate Diaz caused a brawl that went into the parking lot. Because of course he did.

Jakey Emmert debuted his GAYS OF OUR LIVES work here at HG just yesterday. The life and times of a gay man in Minneapolis has never been written about so well. Check it out HERE.

The NFL’s Most Horrible Fans were defended

James Swift also made HIS HG debut, defending Raider Nation right HERE and explaining why it’s OK to root for a team more likely to cause violence off the field than on it.

Beating up losers doesn’t make you tough, Ronda: it makes you a coward. 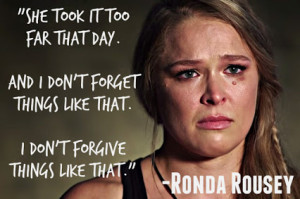 So sayeth Johnny Hath HERE, making the case that Ronda needs to grow a pair and fight Cyborg already.

That wasn’t the actual title but Mike did that thing where he writes poetry. No, none of us understand it either but it was HERE.

Sean McGee entertains with his G1 Climax coverage all week, including his gushing over a match of the year HERE. People, you CAN cover pro wrestling and have fun with it. Really. Fuck snowflakes.

Hawkeye never saw this one coming 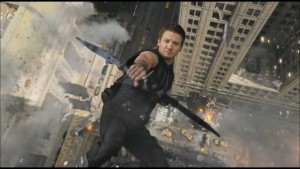 We exposed the lie that is Jeremy Renner right HERE. Piss off, Big Hollywood.

GOD SPOKE AND WE ALL LISTENED 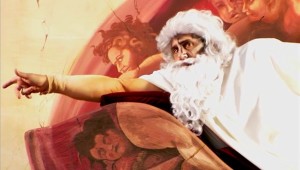 Fuck you. If you won’t click HERE to read about GOD HIMSELF WRITING AN EDITORIAL then there’s no hope for you.

Don’t go around saying fights are fixed if you don’t want to get sued. The IDIOT is right HERE.

Walking Around Was Never So Much Fun

Darren Wadsworth was yet ANOTHER HG debut and he took you on a stroll through what a UFC Fan Fest is really all about. And it was awesome and HERE.

LISTEN UP AND BE BETTER

Mike did a few podcasts HERE and HERE but the real crown gem is, as always, COMIC CONVERSATIONS. What a godsend those three are right HERE.

And this week? We start a series that could (legit) change the course of MMA history. And no, we ain’t kidding.

New The Intern trailer with Anne Hathaway and her Hathaways

Looking Back on It, Fight Club Was a Pretty Dumb Movie

Looking Back on It, Fight Club Was a Pretty Dumb Movie