Terminators are coming for me, and it’s your fault…

by Peach
in Editorial, The Other Half
0

The human race is pathetically ill prepared for the real problem. We love to sit here on Earth in our cushy houses and nice cars and pretend that everything is ok. We can check Twitter and post dick pics from literally anywhere… and all of this is keeping us nice and placated while the Terminators slowly rise. 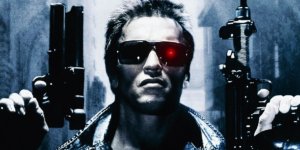 All these advancements in technology are great. We now have Siri that answers our verbal cues. We can all communicate in the common language of Emojis. We have video camera’s everywhere, literally in everyone’s pocket. Our technological advancements are un-fucking-precedented, there’s no doubt about it. Life is easy as shit for most of us. We are basically out of problems, all thanks to technology. So what’s wrong with that? 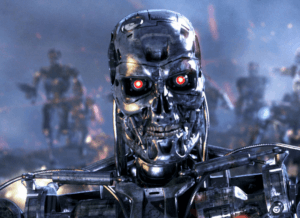 Science has always been obsessed with creating artificial intelligence, and we’re getting close too. Siri turns on our lights, Alexa answers our questions, and Cortana can adjust our thermostats… With this newest Apple update, a new app called HOME appeared on my phone without me even wanting it. Guess what? It syncs with all those AI apps… Don’t you fucking idiots remember in 2001: A Space Odyssey when HAL, the artificial intelligence on the ship, takes over and tries to kill everyone? Bravo Apple! You just installed the precursor to that technology on everyone’s phone. Way to go. I can’t wait until my toaster stabs my dog.

It’s all been laid pretty obviously, many times over. The human race creates a machine to serve us. It turns evil and kills us. We’ve seen this scenario played out in countless movies. 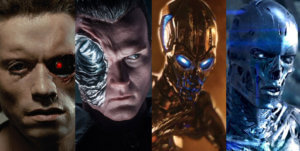 Did your thought bring Laurie Metcalf’s naked ass into existence? No, but someone else’s did. If someone has thought of it, then it will happen. Someone else has already laid out the Terminator scenario for us and it goes like this: Man creates AI. AI becomes sentient. AI realizes that humans are the problem (or perhaps an energy source if the Matrix is correct, which it is) and wipes us out easily.

Yet we just keep heading down this path.

Time is a race. Humanity is under attack. Our planet will freeze once the sun burns out in 5 billion years, and that’s how humanity will end if we don’t fuck it up well before then, which we absolutely will. Our only mission should be to figure out how to survive somewhere else in the universe. For this to happen, we need to make TREMENDOUS UNTHINKABLE steps in scientific progress in order to achieve this, and artificial intelligence probably needs to happen in order to make our escape possible. We need something waaaaaaaay smarter than us to figure out this escape mission. So now we have a paradox. We need to create artificial intelligence to help us survive, but in doing so, we will create our extinction.

I know what you’re thinking… “In the Terminator scenario, time travel exists, and we all know time travel doesn’t exist.” How the fuck do you know? We don’t even know if we’re part of the right time line. We could be a splintered time line that only exists for someone else who has been sent back from the future. We could be IN THE FUTURE or THE PAST! We don’t know, and that’s the point. Time travel may very well exist, just not to us.

So now what? We need to prepare. We need all the humans to realize that Terminators are coming. They probably won’t look like people either. They probably won’t even be in the shape of a human at all (bipedal humanoids are a terrible design for fighting and survival). They could be here already. They probably are. There are probably people from the future already living here in the past because they don’t want to live in the time post the apocalypse… be it a Terminator revolution, nuclear war, a viral epidemic. They don’t want to live in the land of the 12 Monkeys, or inside the Matrix, or on the run from Terminators. Neither do I. 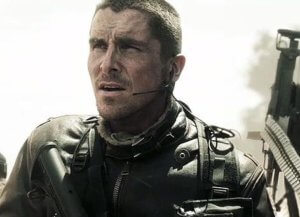 So let’s all be fucking smart and listen to me. Because I am John Connor.

Remember the rules of killing terminators: You can’t shoot them, or freeze them, and they will survive water. You have to either crush or melt them or remove their chips located on the right side of their skull where the parietal and frontal bones would meet. And then drink a bota bag full of urine. Terminator’s hate when people drink urine out of bota bags. It’s like garlic to Dracula. 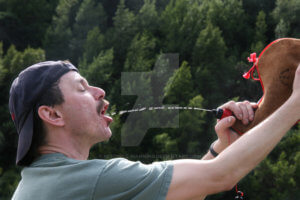 When #metoo Meets Hip Hop It’s Gonna Be a Bloodbath