One of the most unique and inspiring comics to debut in recent memory has been Ms. Marvel. Following the adventures of Kamala Khan, I love it. Yes, it can be seen as nothing more than pandering, a deliberate attempt to “diversify.” Whatever the reasons for her creation, it was worth it. The creators, editors Sana Amanat and Stephen Wacker, writer G. Willow Wilson and artist Adrian Alphona have managed to capture the magic and fun of teenage Spider-Man (Wilson in particular). Her religion is presented in a manner that is respectful but not preachy. Her brother is overly religious but probably as a front. Her parents are just normal parents who occasionally speak in a different tongue. Above all: Kamala is just a regular girl from Jersey who finds out she’s an Inhuman and is trying her best.

Sadly, that’s where this all stops. The current state of comic books is, to be blunt, fucking horrible. Comic books suck. I like Jonathan Hickman. A lot. His Fantastic Four run was a thing of beauty, culminating with one of my favorite issues of all time. 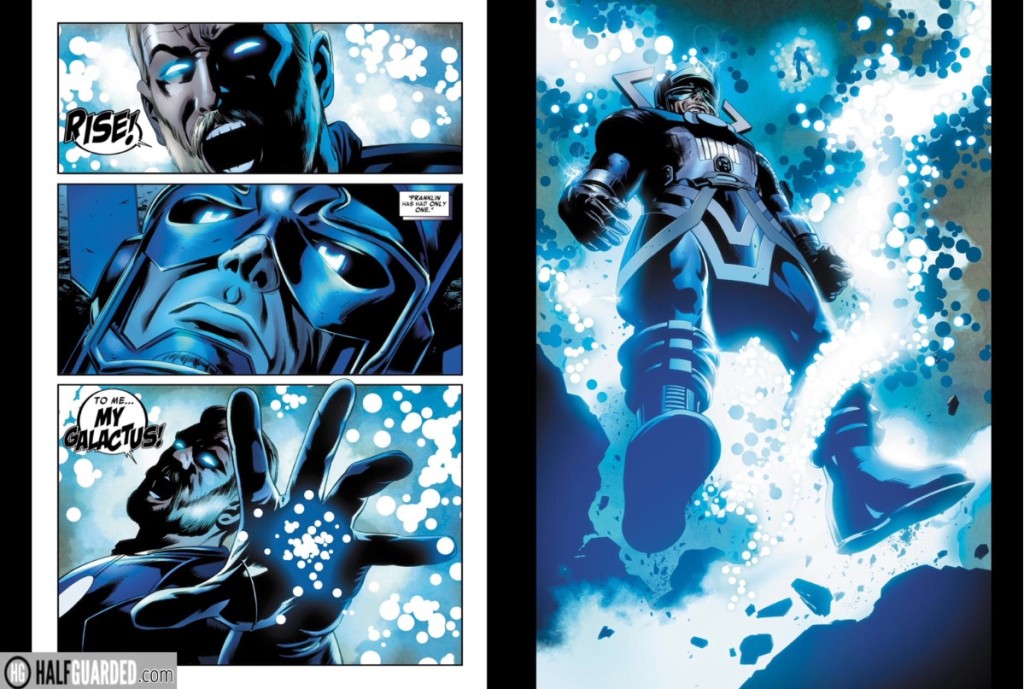 But what he’s done with Secret Wars? Unforgivable. Now, maybe it isn’t him, but the artist, Esad Ribić. Whomever is to blame, it’s a sin against me – a 33 year old pathetic loyal comic book reader – and one that needs to be corrected. The delays on Secret Wars, now pushing the final issue into 2016, simply should never, ever, ever happen. How does Marvel commission a mini-series that isn’t 100% completed on ship day? Or, at the very least, 95% completed? I understand that monthly books are tough on artists, and that’s why writers give them lead time, they write for different artists throughout a run, etc… But: SECRET WARS WAS SEPARATE! The entire thing should have been in the can from day one.

Because Day Two is here and now we see parts of the Marvel Universe and they make no sense. Oh, the Ultimate Spider-Man is now a regular 616 Spidey of some sort, uh, ok. Evil Reed Richards is “The Maker.” Fun. I think the Fantastic Four itself is dead. I have no idea if Cyclops is dead, because, LOL, Brian Bendis just continued on with his X-Men run as if Secret Wars wasn’t happening.  Daredevil has a side kick.  Sure.  Right.  Whatever.

Instead, what do we get? Embarrassing pandering. Wolvering is now a girl! Ooooooh! (Oh, and a version of him from a non-canon story has slithered his way into the regular universe because Old Man Logan was too cool to be left alone.) Thor? Also a girl. Captain America is black. The Hulk is an Asian kid. Spider-Man is a half-black/half-Puerto Rican kid, a woman, a girl, a dead ex-girlfriend, AND a Tony Stark level industrialist. No, I have no idea – at all – how the fuck Peter Parker pulled that off. But that’s the new status quo.

Oh, and there are roughly two dozen combinations of teams involving the words “X-Men” “Inhumans” “Avengers” “New” “Uncanny” “All-New” and “Extraordinary.”  I miss the Blue and Gold X-Men teams, that was easy to keep track of.

Diversity in comics is tough, I get it. Most of the popular characters were created in a time when the audience was white, the creators were white, and so on. But this trend where instead of coming up with new, awesome characters “of color” (Like Ms. Marvel), Marvel just says, “Eh, let’s all pretend that we can throw the mask on anyone and it’s all the same.” The fuck it is.

Comic books suck. And then: DC.

As bad as Marvel is, at least a part of me suspects that when I read all of Secret Wars in one sitting it’ll make sense. And, yes, the delays suck, but at least Marvel really did take 90% of their titles and try to make them fit the big event. DC? DC is Geoff Johns jerking off for fun.

Batman? Dead, but not dead. He’s alive, has some sort of funky amnesia (which I’m guessing is tied to the chick he’s with) so …. JIM FUCKING GORDON is now Batman. Right. Oh, they gave him a Mohawk and steroids and I’m supposed to believe that the beaten down, old, grizzled cop is now a superhero? Fuck off. 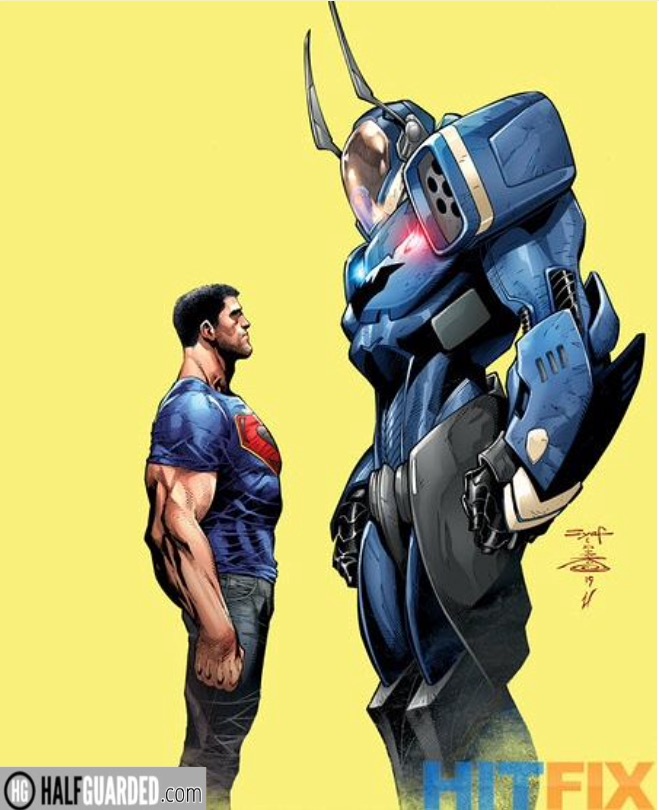 Superman? Lost all his powers, more or less. And his secret identity. Think of Superman and what do you picture? Clark Kent bumbling around with his glasses, ripping off his shirt to reveal the S, flying off and saving the day. Now, everyone knows Superman is Clark, he can’t fly, and irrationally they have set up a world where people suddenly hate Superman. Like, they were all fine when they didn’t know he was a regular person sometimes, but finding out he had a “secret life” as a reporter pisses them off? Whatever.

Then we come of Johns at his best: Justice Fucking League. What in the holy mother of fuck is this? From DAY ONE of the “New 52” JL didn’t fit into continuity. It was purposely set in the past (whilst Batman from Snyder just said, “Fuck what you guys are doing, I’m gonna do my stories. Later.”). Now, it’s in the present, I think, except that Superman is there, with all his powers, and Bruce Wayne is there, as Batman. There’s this continued focus on Darkseid and the New Gods and Old Gods or whatever and … WHO CARES?!?!

(And no one will ever, ever, ever care about Cyborg.  Ever.)

Marvel has its faults, for sure, but by and large they’ve put out pretty good books over the past few years. Hickman’s Avengers felt more like a continuation of his Fantastic Four but it was still good. Bendis on X-Men was wacky and stupid with time travel but at least interesting. Waid’s Daredevil was … perfect, really. Jason Aaron’s Thor was so good I wanted to weep. Even Iron Man, with all his different creators, had something going for him. (Side note: any word on whether Tony is still controlled by the techno virus thingy, or has that just been dropped?) 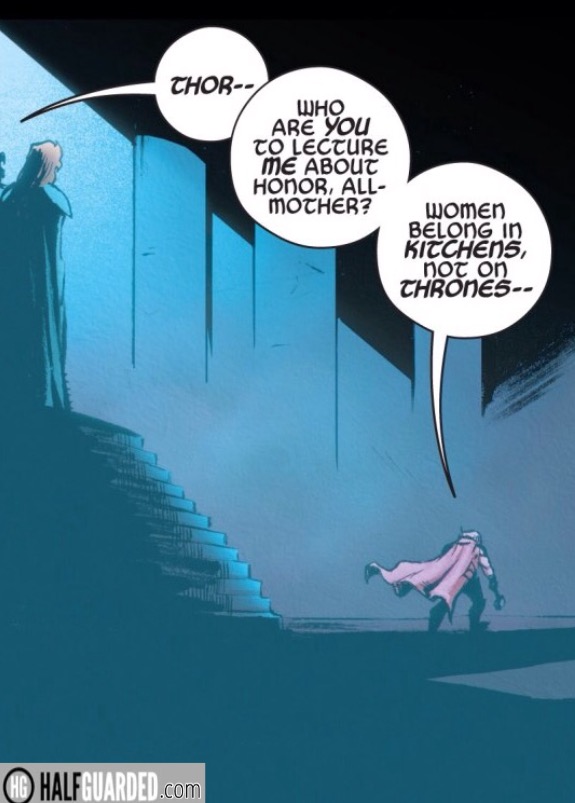 DC? I don’t even bother with Green Lantern, it’s such a mess. Superman has two titles, which barely intersect, and two additional team-up titles which only serve to remind us that sometimes he bones Wonder Woman and he doesn’t trust … Jim Gordon. Think about that. Superman trusted Bruce Wayne, who was out of his fucking mind INSANE with preparing for the worst, but an ex-marine who has been a loyal and honest cop in Gotham? THAT is too much? For fuck’s sake.

(Oh, yeah. There’s also been the arrival of the “original” Superman, from Earth Who Knows, that has a baby and is married to Lois. And they say comics aren’t accessible.)

Marvel’s issues suck. Bad. This Secret Wars thing pisses me off to no end. And part of it is because it started out so well. Dr. Doom after making a play at the last second, made himself god, and runs everything? AWESOME! But these delays are stupid. The initial 8 (now 9 because … why not) issues should’ve been done in 2-3 months, max. This reminds me of the horrible old days when there’d be one delay after another and we just had to take it. I thought Marvel was past that. I LOVED the 18 issues per year schedule. I had something fun and new to read all the time. Now? I have a bunch of stories that don’t make a lot of sense because the main-story is MONTHS AWAY FROM BEING FINISHED. (Update 3/31/16: it has since finished and absolutely nothing was cleared up. Things are only worse now, except for Tom King’s Vision, which is crazy good.)

And, yet, I think Marvel will smooth out sooner rather than later. DC? Fuck if I know. As long as Synder is on Batman, that comic will be great. (Update: he’s leaving, though King is replacing him so it may still be good) Everything else? No clue. Geoff Johns will probably decide VIBE needs to be included in every title for no reason at all.

But: at least I still have Ms. Marvel. (And Vision)