by Dazza
in The Other Half
1

“I want Hilary to win because it will prove a chick can’t do that job either!” Joe Rogan. 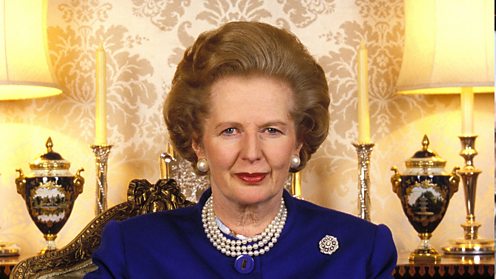 Oh America. I love you, but you’ve never been great at picking your leaders have you?

Just look at who you’ve got to choose from this time. You’ve got one candidate who’s likely to abuse the Presidency to bang as many women in the Oval Office as possible for the next four years and the other candidate was in the main event of Wrestlemania 23.

Over the years the White House has played home to crooks, serial shaggers, former actors, cowboys, family dynasties, drink drivers, draft dodgers and on those occasions when someone decent got elected (or was about to get elected) their Presidency seemed to end with their heads been blown off (I bet when Obama hands over the presidency the first thing going through his head will be “Thank fuck I made it to the end.”)

However I’m not going to be all judgemental in the same way that everyone in America suddenly became an expert on European politics following Brexit, because really it’s none of my English business. And the fact is us in Great Britain have our own lineage of making bad choices in who we handed the running of the country to. Case in point….

As a child in 1979 I began to realise that my country wasn’t in fact run by the Queen as I had always thought but by someone known as a Prime Minister who was actually chosen by everyone in the country putting a cross on a piece of paper and sticking it in a box (conveniently the box just happened to be down the road from where I lived).

There were two people to choose from, one was a “goody” from the red side and one was a “baddie” from the blue side. Me and my mum lied to a guy from the blue side so he’d give us a lift to the polling station and I was allowed to put the cross on next to the name of the nice man called Jim Callaghan to show that’s who we wanted to live. By doing so I probably put the kiss of death on his chances just like I would do for UFC fighters I choose to support decades as to my amazement the “baddie” in blue won. I couldn’t understand how this had happened because person from the blue team was the most terrifying person I’d ever seen in my life, even more horrifying than the Child Snatcher in Chitty, Chitty Bang Bang and at least he had lollipops.

That lady was Margaret Thatcher and she had all the charm of a Pitbull licking piss off sandpaper. Her pompous, exaggerated posh demeanour combined with her condescending tone during interviews made her absolutely loathsome and her obnoxiousness only increased during her snarling, aggressive outbursts in the house of commons reminding you of the bullying headmistress you dreaded having to report to at school. And when she tried to be nice and caring she was even more unlikeable. When I was a kid I was terrified of being caught in a bomb blast or injured in a national disaster for fear of waking up in a hospital bed and being visited by Thatcher doing the Royal act, helpless as she forced her nauseating, fake concern upon me all for the benefit of press cameras.

Hers should have been an inspiring story, a woman rising from humble beginnings and through sheer hardwork attaining the highest position in British politics as the first female Prime Minister. However when in power it became clear she didn’t give a shit about helping either women or those from a humble backgrounds following in her steps. She sneered at the concept of feminism and one of key aspects of her Thatcherism agenda was pretty much the destruction of the Trade Union Movement in order for big business and enterprise to thrive and if you weren’t able to be part of those institutions well tough titty.

Despite being regarded by some parts of the UK as the most loathsome figure since a skinny German with a stupid moustache had followed his dream to invade the rest of Europe, Thatcher won three elections and spent eleven years as the country’s leader. It wasn’t easy, her first term in office was almost her last as high unemployment and unrest had put her approval rating in the toilet.

Yet her popularity rebounded when on April 2nd 1982 Argentina invaded the British Colony of the Falkland Islands. The nation was shocked to wake up to find we’d lost the Falklands as most people never knew we actually had them in the first place and breathed a sigh of the relief when they opened their atlas for the first time in years and finally found out how far away from the British coast the islands were.

Britons knew one thing though, those damn foreigners had took something that was ours and were overjoyed when Maggie sent off the British Navy to get them back and give those Argies a damn good thrashing. 255 British servicemen didn’t return and another 777 were injured as well as 649 Argentinians killed in the conflict. Thatcher didn’t seem to give a crap about that and actually seemed to revel in the drama of the war when making public statements of the progress of the campaign. The gloating in her voice was unbearable on the night that victory was declared as a boisterous rabble sang “Rule Britannia” (none of whom of course had done the actualy fighing) at the end of Downing Street with the beginnings of a jingoistic celebration that carried Thatcher to victory in the election the following year.

Although while Thatcher may have won the Falklands she didn’t fair too well while taking live questions about it some time later.

Otherwise nothing could stop the Iron Lady. We got the Miner’s Strike, the Poll Tax, Section 28 (a clause that forbid any perceived promotion of homosexuality) Britain being used as a base for America to launch Airstrikes against Libya. The period seemed to be one long exercise in pissing off the British public. Even the Queen didn’t like her and in a rare public comment on political matters stated how she thought Thatcher lacked compassion.

“Maggie! Maggie! Maggie! Out! Out! Out!” was the popular cry of demonstrators throughout her reign. Yet when it came to election day the voters renewed her lease at number ten for four more years. Why did such a hated figure manage to retain the popular support of the country? That’s a question for much more informed commentators than me but my own flippant, unfounded theory is that her challengers for the title were lacking in the image department. One looked like a tramp spending the day in a library to get out of the rain and the other was a ginger. 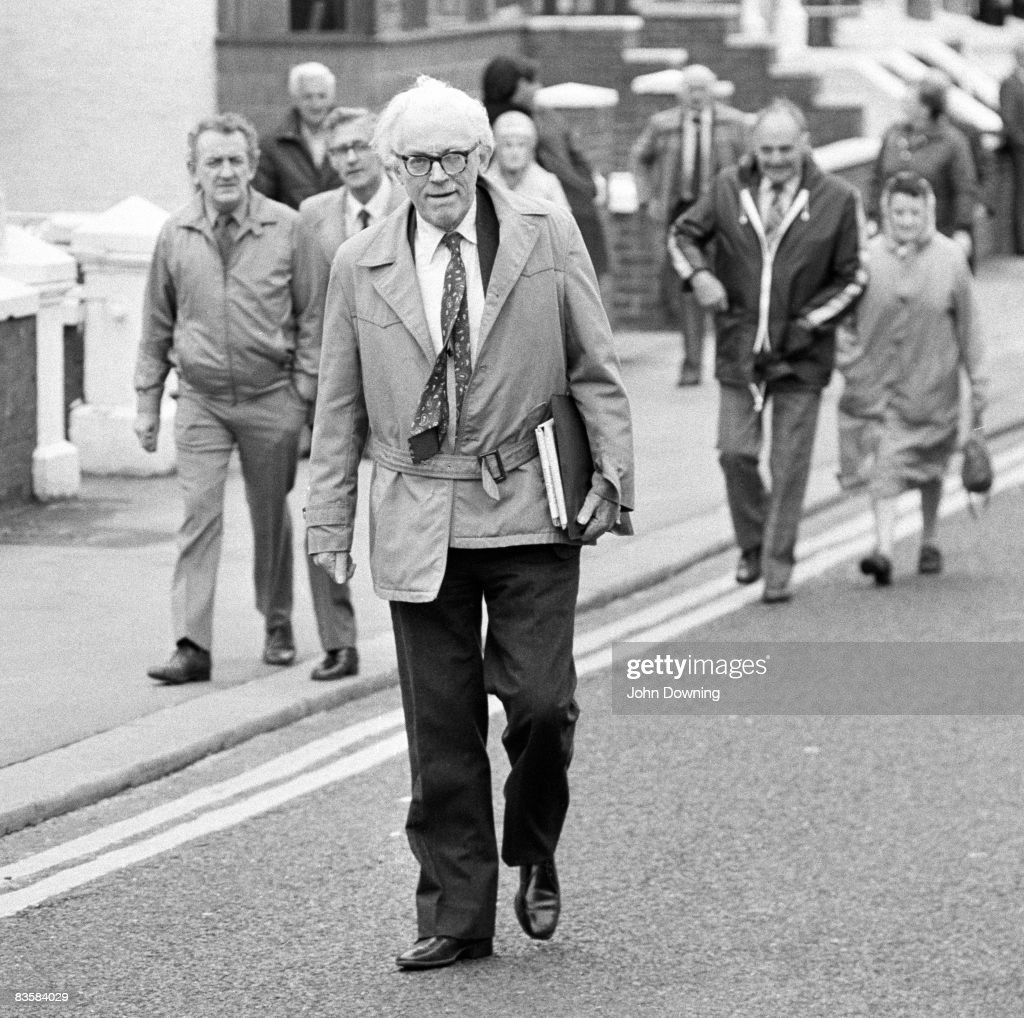 In the UK there is no maximum two terms for the leader of the country and as the 80’s came to a close I was disheartened with the rising realisation that Thatcher seemed unbeatable at the polls and the distinct possibility that we were going to be stuck with her forever. She was even impervious to the IRA who while managing to kill innocent bystanders for years managed to botch it up when taking a shot at the government.

I distinctly remember the 1987 election and feeling utterly deflated as I went to bed knowing that Thatcher has won again. That night the satirical puppet show Spitting Image ran an election special ending with a spoof of the scene from Cabaret where proud, smiling Nazis sing “Tomorrow belongs to me!” It’s a brilliant piece of satire and also massively chilling, perfectly capturing the dejected mood of so many people. Thatcher finally managed to show some human feelings with tears slipping from her eyes, emotions cracking her hard exterior in November 1990. The tears were for herself though as she left Downing Street no longer the leader of the country. Elated as many of us was watching her hurrying to her car it was with bitterness that she’d never actually tasted defeat at an election and had been not forced out by the will of the people.

For years Thatcher had ruled her cabinet like Robert De Niro’s Al Capone with a baseball bat until finally someone grew some balls and there was a rebellion from within her own party. Unlikely Knight in Shinning armour Michael Heseltine made a challenge to her leadership (Heseltine had once leapt up during a particular unruly session in the House of Commons and grabbed the Golden Mace that sits at the foot of the speaker and waved it over his head at Labour Politicians who were singing “We’ll keep the red flag flying.” It’s shit like this why I have no faith in Politics.)

Heseltine didn’t win, but did well enough to force a second vote and reluctantly Thatcher was forced to except the advice that for the good of the party she should resign.

Thatcher was a symbol of everything that was wrong with the 80’s. When I see the “Greed is good” speech from Gordon Gecko in Wall Street I could envision the words coming out of Thatcher’s mouth. She sowed the seeds for the greed and the callousness that our society has become through the pursuit of profit over people. Those rewarded in Thatcher’s Britain were the strong and the ruthless to the extent she almost seemed to punish those who lacked the ability to achieve financial success.

Still, there were those that would come to view her with a romanticism as a tough woman who stuck to her guns and attitude.

Many years later and now a Baroness, Thatcher enjoyed a resurgence in her popularity in 2013 when one day she stopped breathing. In the days that followed the Politicians, political commentators, and journalists who’d been most critical of Thatcher during her alive era decided that she wasn’t a nasty old bat lacking in compassion after all but was in fact a hard working, determined woman who loved Britain and that all those things we hated about her were in hindsight very fine qualities.

This show of hypocrisy wasn’t exactly the outpouring of hysterical grief that gripped Britain after Lady Diana died but it was still sickening nonetheless.

Fortunately a couple of politicians “were not for turning” and brought a healthy dose of perspective in the days following her death.

Much less dignified and reasoned protests took place at mass celebrations, with boozed up street parties highlighted with burning effigies of Thatcher. These gatherings were thankfully organised away from the actual funeral which although not officially a full State affair was on a scale with those of the Queen Mother and Princess Diana and the cost to the taxpayer was 3.6 Million.

The scenes of partying with such zeal at a human beings death were on the face of it tasteless and petty, bordering on the ugly. However as the news crews travelled far and wide to find the biggest celebrations to beam live into people’s homes, it’s worth considering that these were in the communities hit the hardest by the policies of Thatcherism. towns and villages that have for years struggled in poverty and their destruction and decline at the hands of Maggie were never deemed newsworthy before then.

That said at least Thatcher never grabbed a waitresses vagina or did that all that stuff with the emails that I truthfully don’t understand.

And she did unwittingly give us this piece of television gold. Alison Standfast you bloody legend.

In part two (oh yes there is a part two) I’ll be looking at the shower of shite that followed Thatcher up to the present day.

The 2016 Presidential Vote: Not In My Name