Zelenskiy (a former comedian who just won office) was apparently pressured by Trump (a current joke who won office 3 years ago) to look into Biden’s business dealings by Trump lawyer Rudy Giuliani in order to help Trump
win the 2020 election.

Chris Cuomo asked Giuliani about the phone call, here’s the transcript of that discussion seen on CNN:

“Did you ask him to investigate Biden Jr.?” -Cuomo

“Then why didn’t you just say yes?”-CC

“Because I didn’t ask him!”-RG

“You just said you did!”-CC

This went on for hours until Rudy called Chris “Fredo” to which Chris responded by punching a camera man in the mouth.

As it turns out Trump was very reasonable on his defense of the accusations when he took to Twitter to say: 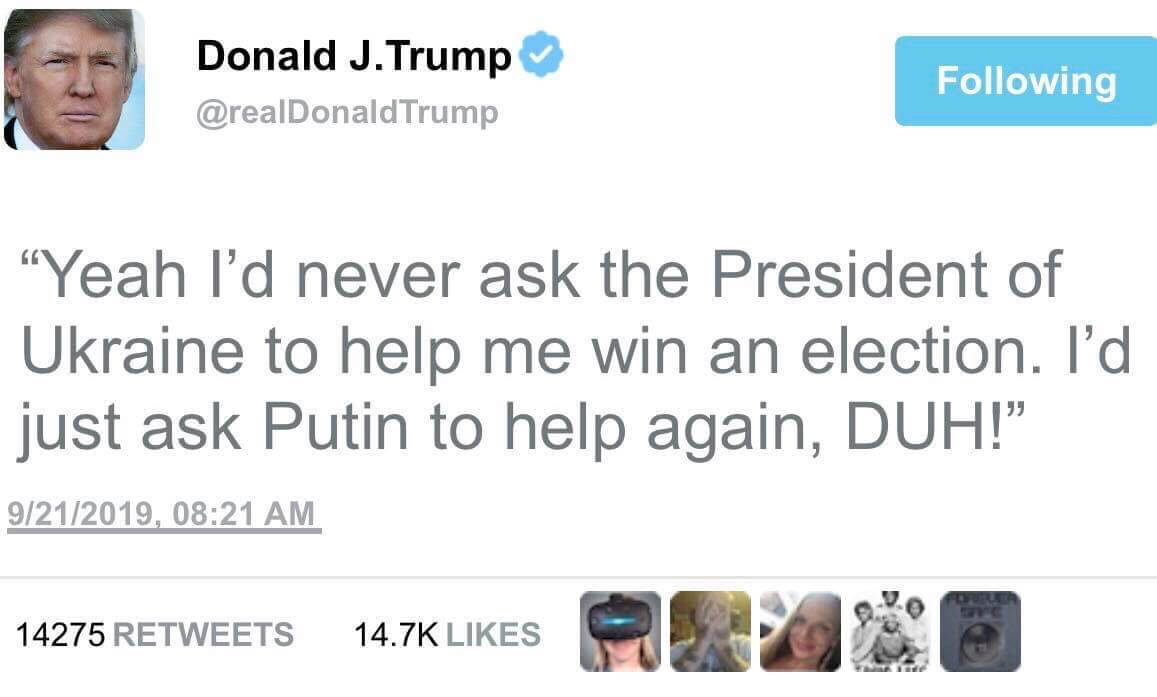 It’s hard to argue with that logic.