Xena, the Princess who is also a Warrior – but who is not Wonder Woman – but who was a Cylon once, may be making her way back to television. She will almost assuredly wear something skimpy, run around, kick things, punch other things, and so on. If she didn’t, she wouldn’t be much of a Warrior, would she?

“…a sophisticated and smart superhero for a new generation, with the charisma and charm of Lawless and the smarts of ‘The Hunger Games’ Katniss.” – The Hollywood Reporter. (Who broke the story – which is code for “Someone at NBC told them to tell everyone this.”)

This quote is amazing because of the implication that either Lucy Lawless is a fictional person or that Katniss is a real one.

Sam Raimi, who was behind the original (which I didn’t know), will maybe be involved if it actually happens. Lawless has, I guess, been running around pitching this for some time. This happens when you’re most known for one role and your career isn’t going so well.

Xena Warrior Princess would air on NBC. NBC has recently announced that they won’t be bringing back Hannibal for a fourth season. No joke: NBC is – BY FAR – the most incompetent major network ever. (See also: how they handled The Tonight Show and also 95% of what the channel has produced over the years.)

When asked what her reaction would be if Xena was on air but Katniss wasn’t, Xena herself responded: 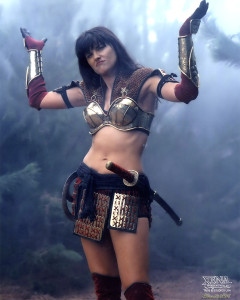 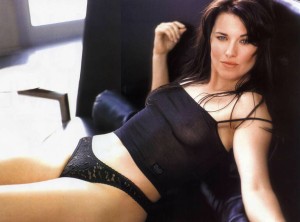